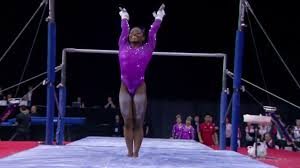 In gymnastics they like to say, “Stick the landing.” That’s because a flawless Olympic routine can be ruined by a last-second stumble. No one will ever talk about the amazing feats of athleticism and dexterity that preceded it. All that will be remembered was that a 9.8 turned into an 8.1 because the gymnast couldn’t stick the landing.

How many movies have you seen that are brilliant for the first 110 minutes only to be ruined by an implausible or otherwise contrived ending? It’s a horrible feeling to invest emotionally for nearly two hours with characters and a storyline only to be left unsatisfied because the screenwriter and/or the filmmakers couldn’t “stick the landing”.

Best Picture winners No Country for Old Men and Birdman left more than a few people scratching their heads at their respective endings. You’re asking yourself right now, ok, smart guy, they won Best Picture. How could they be ruined? That’s a fair question, and I will respond by saying that both movies were thisclose to being masterpieces. They were both films that had us on the edge of our seats for two hours wrapped up in deep characters and compelling storylines only to get to the end and have more than half the audience go, “Huh?”

I don’t care if you win Best Picture. If your ending is so ambiguous that half the people don’t get it, then you didn’t stick the landing. One movie that did stick the landing is Dead Poets Society. In fact, Dead Poets Society could serve as a master class in how to end a picture. It’s a layered ending with depth and pathos and it nails every target that it set for itself to get to that point.

If you have not seen Dead Poets Society then I beseech you to stop reading now. Watch the film (it’s streaming for free on Amazon Prime) and then come back and finish reading.

On the surface of this film’s ending, it seems like our hero, John Keating (Robin Williams) has lost. He’s been fired from his teaching position. His favorite student has committed suicide. The school’s headmaster has taken over teaching his class in a way and with a philosophy that is diametrically opposed to Keating’s.

But a quick dash through the Hero’s Journey will reveal the depth of this ending and show that Keating actually won.

Here’s the thing about Dead Poets Society. Keating is the hero, but he’s not really the main character. It’s an ensemble story about a group of boys in an all-boys boarding school. The boys are all a representation of the idea of toxic masculinity and how that negative, often self-destructive trait is nurtured in them at a young age. Young boys and young men are taught that success in business or any other chosen field of profession it tantamount to their existence and must be achieved no matter the cost. As the hero of the story, Keating’s goal is to teach the boys that life is more than pursuing professional achievement, and that art and poetry are what we live life for. There’s no shame in a successful career, but it’s ultimately meaningless if you can’t appreciate the beauty of the world in which we live. Not only should you treasure that in life, but you should experience it’s beauty and power everyday. 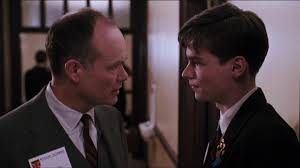 It’s probably debatable who the “main character” is, but I would argue it’s one of roommates Neil Perry (Robert Sean Leonard) or Todd Anderson (Ethan Hawke). The story revolves around their relationship with each other and their friends, and they’re the characters who grow the most. Neil grows from a subservient and dutiful son to an independent  and free-thinking young man. Todd grows from a timid and introverted boy who’s afraid of failure to a heroic young man who will stand up against authority for what he believes is right.

Those characters drive the plot, but their character arcs are driven and nurtured by Keating.

The Ordinary World of Dead Poets Society shows us a group of boys at the prestigious Welton School for Boys. They’re arriving for the start of a new school year, they say goodbye to their parents, some tearfully so, and even before classes have started, they’re organizing study groups for classes like Latin, Chemistry and Physics. These boys are being groomed to attend universities like Harvard and Yale, and careers in medicine, law and engineering await them. We meet Todd and we learn that he’s a legacy at Welton. His brother graduated from there and it’s clear that Todd is unsure if he’ll be able to measure up. His roommate, Neil, is a confident leader of his friends, but he wilts to his father’s demands to give up extra-curricular activities to solely focus on his studies.

It is Keating who provides the boys with the Call to Adventure in their first Poetry class. He introduces himself and tells them if they’re slightly more daring, they can refer to him as Oh Captain, My Captain in reference to a poem Walt Whitman wrote about Abraham Lincoln. That call is verbalized by the Latin term carpe diem, or seize the day. He implores the boys to live their lives to the fullest. While medicine and engineering are all noble pursuits, poetry and art are the things we live for. Keating tells the boys to live their lives to the fullest and think for themselves so as not be slaves to conformity, which is exactly the opposite of everything they’ve ever been taught at Welton. In this way, Keating also serves as as an archetypal mentor to all of the boys, so the Meeting of the Mentor stage happens at the same time. 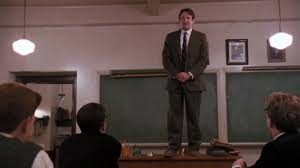 Keating gets his students to think for themselves by making them rip out a pretentiously written section of text in their poetry text book and making them stand on their desks so that they can see the world from a different perspective. Keating was once himself a student at “Hell-ton” and they find in his old yearbook reference to the Dead Poets Society. When they ask him about it, he tells them that he and his fellow students would meet in secret and read poetry in a way to suck the marrow out of life.

Neil enthusiastically embraces the Call right away. He encourages his friends to re-form the Dead Poets Society,  and he does something he’s always wanted to do. Against the wishes of his father, Neil auditions for a play and lands the role of Puck in A Midsummer Nights Dream. Todd is less enthusiastic and initially Refuses the Call. He claims to have too much studying to do, and he tries to discourage Neil from auditioning out of fear of Neil provoking his father.

The Approach happens when Neil’s father discovers that he’s in the play and demands that he drop out of it the day before the performance. Once again, Neil appears to bow to the will of his father, but instead he gives a stunning performance, which serves as the Supreme Ordeal. Mr. Keating, Todd, and the rest of his friends watch as Neil applies all that Keating has taught him to this point. Neil is sucking the marrow out of life and living his life in a way that he otherwise never would have. The Reward comes after the show. Everyone is stunned by his performance and he’s on top of the world.

His triumph will be short-lived, however, as his father has also seen the show, and that leads us to the Road Backm which is a literal one. Neil is forced to come home by his father, who is going to withdraw him from Welton and force him to finish out his schooling at a military academy. His father is demanding that he become a doctor, and nothing will stop that in his mind. Except that Neil has other ideas. He knows that he can’t live the life that his father has planned for him, so he’s not even going to try. He finds his father’s pistol and he kills himself.

The Resurrection shows Todd discovering Neil’s death, but finally learning the value of what Keating has taught him. The Headmaster, Mr. Nolan opens an investigation with notion of scapegoating Keaton for Neil’s death. He forces all of the boys, including Todd, to sign a statement saying as much, and Keating is fired, while one of the other boys is expelled for punching a fellow student who was more enthusiastic about Keating’s dismissal.

Then we have the ending. The Return with the Elixir. The boys are in their English class and Mr. Nolan is going to teach it until a replacement teacher can be found. To say that he’s teaching it in a more “traditional” way would be accurate. Keating arrives to collect that last of her personal affects, and after some building tension, Todd finds the courage to stand up and apologize to Keating, telling him that they were all made to sign the paper. Mr. Nolan threatens Todd with expulsion if he doesn’t sit and demands that Keating leave at once. Nolan flashes a cocksure smile as Keating is about to exit, and that’s when Todd climbs to the top of his desk. “Oh Captain, my Captain!” he calls out. Mr. Nolan is apoplectic and demands that Todd get down. But one by one, most of the rest of the Dead Poets climb to the top of their desks and repeat the refrain. 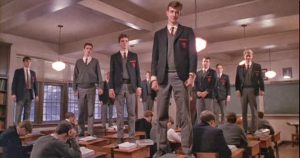 Mr. Nolan continues to threaten them all with expulsion, but he is no longer in control of these boys. With this act of defiance and solidarity, they show the headmaster and Keating that they will be the drivers of their own fates. They will suck the marrow of their own lives. They will live for today.

This emotional and powerful scene can be seen here.

That is what makes this ending so satisfying. What looked like a sure defeat was miraculously turned into a victory. Perhaps, though, miraculously is the wrong word. It only feels miraculous, but it was in fact meticulous. That ending was meticulously designed through the writing of the screenplay and the crafting of the story. All of the lessons that Keating taught, while seemingly self-contained and bordering on episodic, were building to this moment. To the moment where Todd and his classmates would throw off the chains of conformity and stand up for themselves. That is what they did, and that’s how screenwriter Tom Schulman and Director Peter Weir stuck the landing.