It’s that time of year again, and I’m sure the thing you’re thinking is the last thing you want is another list ranking Best Picture nominees. Well, I’m giving you one anyway. The order of this list doesn’t reflect who I think will win but is simply my objective opinion on my favorites and least favorites of this year’s nominees.

The order is also not a reflection of my thought of the quality of the individual films. I enjoyed all of the films that were nominated to one degree or another. Each of these films is outstanding in its own way, and each film accomplished what it set out to do. That said, some of these films were more impressive in accomplishing their goals than others.

In my mind, what this list reflects is how well each film spoke to me and how effective each film was in making me feel something. The list is also a reflection of how entertained I was by each film because when it comes right down to it, the number one goal of the movies is to entertain us. 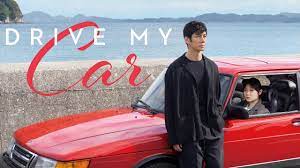 There are a lot of long movies on this list, and this movie was the longest, coming in at a whopping two hours fifty-nine minutes. I don’t mind when movies push the three-hour timeline so long as it’s necessary, and it was not necessary in this film. Director Ryuusuke Hamaguchi could have shaved an hour off this film and still gotten the point across that he was trying to make. The problem for me was that the story was so long that the emotional impact was lost on me. This is a story of the two broken people who find an opportunity to heal through each other. It should have been a powerful story from an emotional standpoint, but there were just too many long periods where nothing was happening and I was taken out of the story emotionally. The case could be made that this is less of a movie and more of a piece of art, and that’s great if that’s what you’re looking for. Unfortunately, this film was trying to get an emotional reaction, and its length caused it to come up wanting. 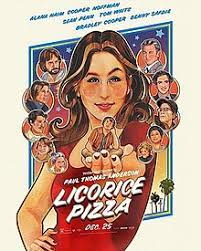 This was perhaps the most disappointing movie of the year for me. I am a fan of Paul Thomas Anderson, and I had been looking forward to this film for a long time. You can read some more in-depth thought from me about it here, but as I said in that blog, this was, perhaps, the most un-Paul Thomas Anderson film of any of his efforts. To a degree, that’s what made it disappointing. PTA never misses an opportunity to put his characters in difficult and dramatic situations, but he missed almost every opportunity in this film. It was almost as though he got too close to them and never wanted them to be truly uncomfortable. Even so, I was still entertained by it. I liked all the characters and their adventures were fun to follow. However, there was little to no drama in this film, and the film would have been much better if any of the situations that PTA had set up had been paid off with genuine drama. 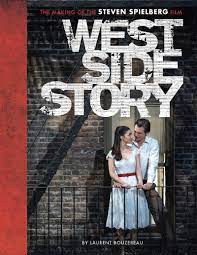 If you have followed this blog in the past, you will know that I am not a huge fan of the original. It won Best Picture for 1961, and that post can be found here. I ultimately determined that the original won based on default because it was a relatively weak year of nominees. I felt the original was less than the sum of its parts, and I feel the same way about Steven Spielberg’s remake. It’s a fine film. It was entertaining. The musical numbers were spectacular. But for whatever reason, I never found myself caring for the characters. Their stories to me always felt forced, and I always felt myself wanting more. I enjoyed the remake more than I thought I would, but I didn’t enjoy it enough to consider it to be the best picture of the year. 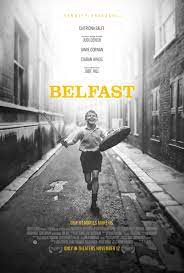 Belfast suffers from many of the same issues as Licorice Pizza. One would think that a story taking place in the city of Belfast during the height of the unrest between protestants and Catholics would be dripping with drama and heartbreak. Director Kenneth Branagh did an amazing job of setting up these dramatic situations, but just like PTA in Licorice Pizza, they were rarely paid off. By the time we got to the climax, I was not worried at all because Branagh had already made clear that nothing bad was going to happen to any of the main characters. Again, I liked all of the characters in the film, but I never had to make a deeper connection with them because any time they were put in danger, it was clear that nothing bad was going to befall them. There was no tension or fretting or worry. The best thing that Branagh could have done was give them some tragedy to overcome, but it just never happened. 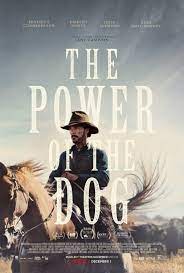 This is the toughest one for me. The Power of the Dog is, to me, this year’s Nomadland. It’s another film that’s more piece of art than movie. Its entertainment value is low while you’re watching it but increases on reflection. It’s stunningly beautiful to watch, and it’s pacing makes it feel like you’re watching a painting, hence the feeling that it’s more of a work of art than a film. Also like Nomadland, The Power of the Dog has a ton of subtext so you really have to pay attention to it in order to absorb the full breadth of what is happening. Director Jane Campion showed remarkable patience as a filmmaker in how she crafted this film, and she would certainly be worthy of winning Best Director. This film is favored to do very well on Oscar night, and it will likely be named Best Picture, and it will deserve it if it does. It just wasn’t my favorite movie of the year. 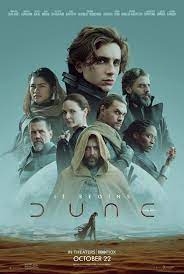 I was pleasantly surprised that Dune was nominated. The consensus was that it outdid the 80’s adaptation of the classic Science Fiction novel, and I agree. This adaptation only covers roughly the first half of the book, which was a wise decision because the source material is so dense that it would be impossible to cram it all into one 2–3-hour movie and do it justice, as David Lynch’s version showed. In this version, director Denis Villeneuve was able to explore the details of the book and he gave us that rare Science Fiction film that has a compelling story to go with the exciting action and stunning special effects. From a pure production standpoint, Dune takes a backseat to no other film this year. 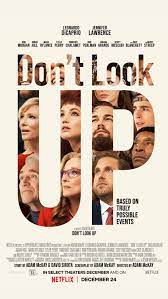 For sheer entertainment value, there might not have been a more entertaining film this year than the Don’t Look Up with its dark humor and piranha-like biting satire. Using an approaching comet as a metaphor for the climate crisis, director Adam McKay gave us a modern-day Dr. Strangelove. This film is at once hilarious, frustrating, entertaining, and terrifying. It also has a who’s who of some of the most talented actors of this generation giving powerful performances that rank right near the top of any of the best performances of their careers. Like the issues it’s exploring, Don’t Look Up has been a polarizing film this year, but I loved it and found it to be perhaps the most entertaining film of the year. 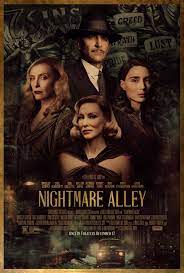 I love Film Noir and Guillermo del Toro’s remake of the 1947 Tyrone Power cult classic uses all the great classic Film Noir tropes and gives it a modern edge. Aside from The Power of the Dog, this might be the most beautiful film of the year. The lighting is stunning and the muted use of color makes this film feel like it’s right out of the 1940s, but it gives us the edge that films of the 40s could not have due to the Hayes Code. It’s unfortunate that this film didn’t do better at the box office because it deserved to have a wider audience than it did. That lack of audience will likely doom its chances with the Academy, which is too bad. This is a film that would deserve to win Best Picture. 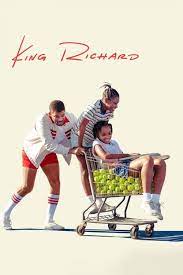 This biopic about Richard Williams, the father of Venus and Serena Williams, and his unlikely path that guided them to be two of the best players the sport of tennis has ever seen, is entertaining and packed with emotion. Will Smith gives an Oscar-worthy performance in the title role as a man who refuses to allow himself to be victimized by his circumstances of racism and violence and proactively provides a better life for himself and his family. Is it a perfect film? No, it is not. There are some holes in the story that I wish director Reinaldo Marcus Green had taken the time to fill. But this movie could be this year’s Rocky. I don’t think it will win, but betting against it could be as foolish as betting against Richard Williams and his daughters. 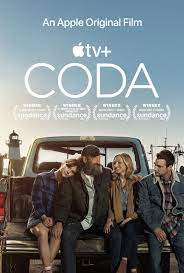 I loved this film. In my humble opinion, CODA was the one film this year that most successfully combined all the attributes of a great film. It was one of the most entertaining films of the year. It had a main character who was witty and charming, but also flawed and broken due to the circumstances of her family. The story gave her a character arc that showed her growth and healing over the course of the film. The film also made you think. It showed how important it is to make your own mark on the world, but how challenging it can be to leave your current world behind, even when that would be the best thing for you. It was also the most emotionally compelling film of the year. I connected emotionally to this film in a way that I did not connect with any of the other films nominated. I know that CODA has a snowball’s chance in hell of winning Best Picture, but to me, no picture was more successful this year. CODA is my best picture of the year.