I posted this a few years back, and thought I would dust it off this Mothers Day.

I was thinking about the many archetypes that mother characters fit in cinema. The character of mother might be the most versatile of all character types as an audience wouldn’t be surprised to see a mother as a nurturer or as a murderer. Mothers can be mentors and allies and they can also be threshold guardians and villains. A mother can be the heroic Jodie Foster in Flightplan to the manipulative and conniving Jane Fonda in Monster-In-Law.

With that in mind, here are 5 of my favorite movie mothers. These are in no particular order and are not meant to be a list of the greatest mothers of all time. If you have different set, please feel free to share. 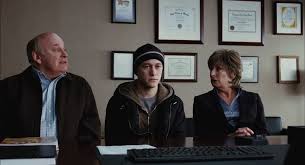 Anjelica Huston plays Diane,  the over protective mother of cancer patient Adam. She makes this list because she has one of my favorite lines in the film and it’s the perfect line for nearly any mother. While waiting for Adam to come out of surgery, Diane meets his therapist. Assuming that Adam has told her about their relationship, the only thing that Diane says to her is, “I just want you to know that I only smother him because I love him.” 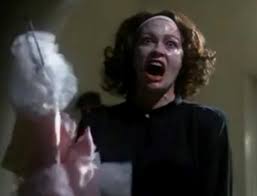 Who can forget Faye Dunaway as Joan Crawford bellowing out the iconic line, “NO! WIRE! HANGERS!”  as she abuses and traumatizes her adopted daughter Christina. 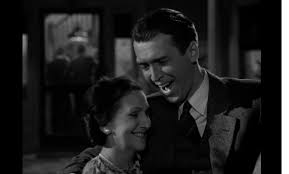 Ma Bailey almost has a dual role in this film. She starts out as the nurturer who guides her son George to find Mary so that he can also find happiness. She then becomes the bitter old maid who doesn’t even know George when he comes to her looking for help. In one film Ma Bailey shows both sides of the motherly coin.

Rozalin Focker from Meet the Fockers 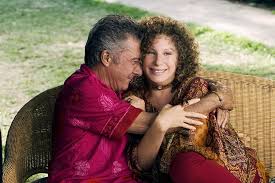 Barbra Streisand was perfectly cast as the free-spirited mother of the up-tight Ben Stiller in this very funny comedy sequel. What makes her character so wonderful is that, like many mothers, she thinks she’s cool and that she and her son should be best friends. However the reality is that her son is terribly embarrassed by her, but can’t bring himself to admit it. 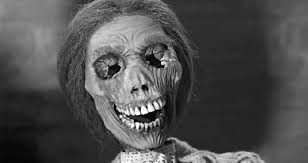 Even though she never appears in the film, at least when she’s alive, she casts a spell over the second half of that film to the point that her presence is always felt. Like any obsessed mother would be proud to do, she continues to domineer her son well after she’s passed on.

Clearly, the archetype of the mother/step-mother has a long and deep history in film making. The dramatic elements that mothers bring to screenplays are intense and varied. They’re also easy to relate to because almost everyone has a strong relationship with their mother, be it in a positive or negative way.

As I mentioned earlier, this is not a list of the greatest mothers of all time. They’re just some of my favorites. Please feel free to share yours’.