Well, I’ve been out of commission for a while, mainly because I’ve been reading a ton of scripts lately, and I just haven’t had time for blogging. I’m back now, and hopefully will be able to carve out some time to do this more consistently. Today’s topic: how story structure and a strong protagonist are mutually dependent on each other. You can’t have one without the other.

How obvious does this sound? It sounds incredibly obvious, but I’ve spent the past several weeks reading screenplays for various contests and online sights, and the most consistent issue that I was seeing was the lack of a strong protagonist, which in turn created a lack of strong dramatic structure. Anyone who has followed this blog knows that I am an advocate for strong and clean structure, especially for writers who are still trying to break in to the business. As an unknown commodity, you need to be able to show that you understand the rules before you can demonstrate how to effectively break them. Screenplays, for the most part, have one central character, the protagonist, who drives the action of the story. The drama of the story is created by whether or not the protagonist is getting what she wants, and the beats of the structure reflect her progress through the story.

I must have read a dozen scripts over the past month in which at least two people, and sometimes more, could have fit the definition of the protagonist within a single script. The writers of those stories couldn’t put an organized story together because the three major plot points depend on reflecting the internal and external states of one main character. Act I ends and Act II begins when the main character commits to whatever the adventure of the story will be. Act II is cut in half when something happens to the main character of because of the main character that causes the stakes to be raised, thus changing the direction of the story. Finally, Act II ends and Act III begins when the hero appears to be in a no-win situation, either due to her own character flaws or due to outside forces like the antagonist. That sets up the Third Act to be about the protagonist overcoming those flaws and that adversary (or not) and accomplishing whatever she had set out to accomplish at the end of the first act (or not). 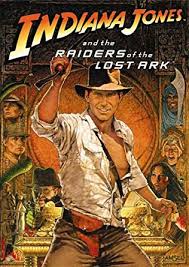 The most succinct example of this is Raiders of the Lost Ark. Indiana Jones receives his archetypal Call to Adventure in the first Act to find the Ark of the Covenant before the Nazis do. Act II begins with him flying to Nepal to see an old lover, Marion, who may have a clue to help find it, and the adventure has begun, and Act IIA is about finding the Ark. Then, halfway through the second act the stakes are raised when Indy actually discovers the Ark and excavates it from its tomb. Now, Act IIB will be about keeping the Ark away from the Nazis. Act II ends with the Nazi’s not only getting the Ark from him, but also kidnapping Marion as well. That makes the Third Act about getting the Ark back from the Nazis and rescuing Marion.

Even though it’s primarily an action film, Raiders of the Lost Ark has a clear and concise dramatic structure because it has a single, strong protagonist with a clear outer goal and a clear inner need. His outer goal is to find the Ark of the Covenant and to keep it out of the hands of the Nazis, and his inner need is to reconcile with Marion. There are various points in the movie when these two goals come into conflict with each other, creating more drama, but never interfering with the arc of the story.

I mention all of this because I read a lot of scripts recently, mostly by amateur writers, who failed to grasp the concept that a single protagonist is needed to tell an effective story. Are there exceptions to his rule? Absolutely. There are some stories that are told from multiple points of view, the most prominent example being The Godfather, but the effective ones are few and far between. I actually did a breakdown here of how The Godfather is told from the points of view of both Vito and Michael. 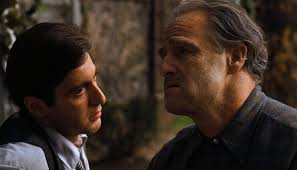 I don’t know what it was about these batches of scripts that I received over the past few weeks, but many of them had this problem. The writers couldn’t decide in these individual scripts which of their characters was the protagonist. The scripts would start out with one character driving the action, but then other characters would be introduced that turned out to be just as important in driving the action.

Each one of these Scripts without exception, was in terrible shape from a structural standpoint. The structure was either muddled or non-existent because there was not a single protagonist whose wants and needs matched the plot points of the storyline. Instead there were multiple protagonists competing for attention in the stories and competing to be the focus of the structure of the story. There’s a saying in football that if you have two starting quarterbacks, then you really don’t even have one. The same thing applies to screenwriting and storytelling. If you have two (or more) protagonists, then you don’t even have one.

What this led to in many of these scripts was a simple lack of any structure at all. Many of these scripts were just one, long rambling act with little to no story arc and even less character arc. What these writers need to learn is that a story is more than just what happens. It’s why it happened and how it happened and (most importantly) who is affected by it. Without answering any of those issues, then your script will suffer from the same fate, and you’ll have no chance of getting anything other than a dreaded PASS on your coverage.

If your script is having structural and/or character issues, Monument Script Services can help diagnose the problem and can offer up solutions on how to fix it. Click here to see the services that we provide and to decide which on will serve you best.