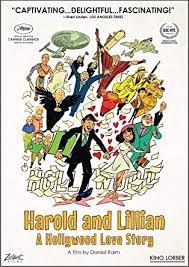 It’s not often that I critique documentaries on this blog. In fact, I’m hardly an expert on that style or type of film making, but Harold & Lillian: A Hollywood Love Story holds a special place in my heart. Lillian Michelson has been both a professional mentor to me as well as a close, personal friend, and Oscar-nominated Filmmaker Daniel Raim wrote and directed a fascinating film that alternates between a tender love story and a walk through 50 years of Hollywood history.

Full disclosure here. I met Lillian after Harold passed away, and I am honored to call her my friend and mentor. I often refer to her as my third grandmother, so I do have a personal interest in people seeing this documentary. However, that doesn’t take away from the fact that this is a superb documentary about two people who not only deserve to have their story be heard, but are also two people who earned the love and respect of some of the most powerful players in Hollywood. As the documentary points out, they were two of Hollywood’s secret weapons, but much of their work went uncredited. In this documentary, Daniel Raim attempts to provide Harold and Lillian with that long overdue credit. It’s not hyperbole to say that these two individuals, even as anonymous as they are, are two of the most influential people to ever work in the movie business. They worked behind the scenes, but as Raim shows in the documentary, their fingerprints can easily be detected covering hundreds of films. 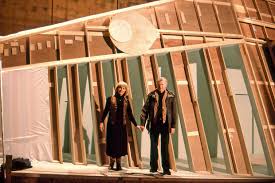 However, if that was all that the documentary was about, it wouldn’t be all that compelling. What Raim did that made this documentary so compelling is that he added an emotional component in the narrative of the touching love story between Harold and Lillian. He showed how their budding romance that started in Miami traversed across a continent to Hollywood where it blossomed into a relationship that forged a family and inspired an art form. That emotional component makes this more than a documentary. This is an emotional experience from beginning to end, and it elicits emotional reactions throughout.

Another thing that I appreciate about this documentary, and another reason I think it works so well is that Raim weaved these two story lines together over the course of the documentary. They weren’t just two people in love who happened to work in the movie business. Their relationship inspired them to do great things. Whether it was Harold feeling the pressure to be successful because he was a new father and he needed to effectively provide for his family, or if it was Lillian fighting against the sexism of the time by becoming the most respected researcher in the business, Raim showed us who these people were as people, and not just as an artist or a researcher or a husband or a wife or a father or a mother, but as all of those things. We also saw not only how much they loved each other, but we saw how much love they received from the people that worked with them and knew them. It truly is emotionally touching to hear how Danny DeVito and Mel Brooks and Francis Ford Coppola, among many others, feel about these remarkable people. 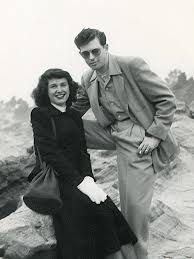 But Raim also effectively showed the struggles that Harold and Lillian overcame, and we see that their lives were not just played out as a “Hollywood Romance”, but as a real marriage between two people whose lifetime of joy also had intermittent periods of sadness, heartbreak and other challenges. Their oldest son was born with autism, and Lillian had to figure out how to raise him in the 1940’s and 50’s when no one even knew what autism was, let alone how to treat it or deal with it in a compassionate way. We were also given insight into how the extra attention they had to give their eldest son negatively impacted their younger boys who felt like they were being neglected due to the amount of attention and care that their oldest son required.

We were given insight into a dark period of their lives after Harold broke his leg in an accident on the set of a film, and he wasn’t able to work for over a year. The depression that ensued was followed by a bout of excessive drinking, and forced both of them to make hard decisions about where their relationship was going to go. It clearly wasn’t all sunshine and rainbows for these two people, but they were able to overcome it because of the love they felt for each other, and that really makes this an inspirational story. They weren’t super heroes. They were just ordinary people who happened to be in love and that love was strong enough to persevere through a life time of challenges. That two such ordinary people could accomplish such an extraordinary thing should be as inspirational as anything can be in showing all of us that we too can have that kind of love in our lives and treat those we love with the same compassion and respect. 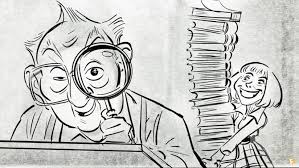 That is what makes this such an inspirational film. Harold and Lillian may have been among the best at what they did in an industry filled with some of the most talented people in the world. They were extraordinarily talented, but the most extraordinary thing about them was their humanity towards each other and to those that came in contact with them. As person who can be counted among them, I can say that my life is better for having known them.

Harold and Lillian: A Hollywood Love Story is streaming on Netflix.