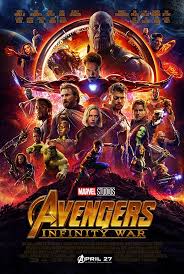 I saw Avengers: Infinity War Friday night, and I’m prepared to call it the best Marvel film of their relatively short history. I’m not including Logan because it’s in a different canon, and it was a totally different style of storytelling and film making. That said, it’s probably the best film to bear that Marvel flag. However, in this most popular canon of Marvel, the canon that people automatically think of when you refer to a “Marvel” movie, Infinity War stands alone at the top of a crowded pile.

They had everything clicking with this film.

A couple of weeks ago I wrote a blog regarding whether or not the Academy should take box office numbers into account when determining nominees and winners for awards season, and I opined in that piece that the reason action films, which lately have typically been the yearly box office champs, don’t get a lot of Oscar love due to a lack of emotional engagement. The entire blog can be seen here. Well, directors Anthony and Joe Russo solved that problem big time in this film. Infinity War has as much of the action and splash and glitz of any other Marvel film, but the Russo’s did a much better job of injecting emotional components to this film that made us care about the characters in ways that had been absent in previous Marvel films.

Hell, even the villain had a point.

Thanos, the villain, is actually where I’d like to start. If it’s true that the villain is the hero of his own story, then Thanos fits that notion to a tee. Introduced to us as a part of the Guardians of the Galaxy franchise, Thanos passionately believes that he is doing the right thing for the universe as a whole and that the people who are left behind after his galaxy-wide genocide will be ultimately be thankful to him and that he’s ultimately making the universe a better place. 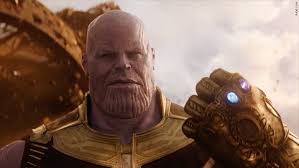 Obviously, there’s never a good reason for genocide and Thanos is clearly thawed in his thinking, but the Russo’s, along with screenwriters Christopher Markus & Stephen McFeely, gave Thanos a type of pathos that at least made him marginally sympathetic. Some of the dialogue they gave him actually made sense of his senseless ideas, which made him less of a monster than he otherwise would have been. No one is rooting for Thanos, and he clearly has little to no possibility for redemption, but as an audience, we see that the evil he’s doing comes oddly enough from a good, albeit misguided place.

You know what that is? That’s good screenwriting. If you can take a character that is clearly evil and doing evil things on a level that is unparalleled in its malice, but legitimately make it look like the character is doing it because he thinks he cares about the ultimate good, and the audience buys it, then you’ve succeeded in a place in which it’s very difficult to succeed.

(Actually, he does have one way to redeem himself, but I don’t want to give any spoilers. Feel free to comment or email me if you want further thoughts on this point.) 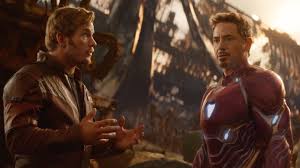 On the hero’s side of things, the filmmakers did a great job with continuing to build the mentor/protege relationship between Tony Stark and Peter Parker as Iron Man and Spider-man. Then when Dr. Strange was added to that mix, it created some dynamic chemistry that was dramatic when it needed to be and sufficiently comedic when it needed to be. They also did a great job with Thor, continuing his effective comedic elements that came to the fore in Thor: Ragnarok, and combined it with the already strong comedic chops of the Guardians of the Galaxy team to create an effective plot line for them as well. Plus, they gave Thor his heroic moment near the end that brought theater goers to their feet. 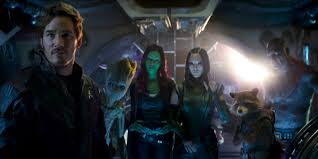 The great thing that the directors and writers did with these characters was to develop these relationships into story components that allowed us to care about what happens to them. For all of the flash and polish and action of the Marvel films, I personally never felt truly engaged with the characters, with the exceptions of the first Iron Man movie and the first Guardians of the Galaxy movie. They were always fun and had lots of explosions, but I never really cared about what happened to any of the characters. That changed in a big way in Infinity War. We have finally been given characters to care about because, while yes they’re fighting to save the universe from some abstract super-villain, they’re also trying to save each other. 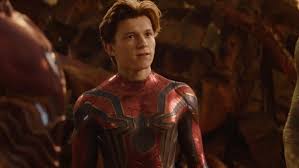 Infinity War is the most personal movie in this Marvel canon, so we get a true sense of what they have to lose and we feel their loss when it does happen.

Now, is this a perfect screenplay or a perfect story? No, it is not. It’s challenging to keep up with the number of characters that are in it, and there are so many characters on the side of the good guys that it’s difficult for any of them to get any real traction in the story. For example, I thought that Captain America, Black Widow and Black Panther were kind of wasted as little more than window dressing in this film. Perhaps that’s my own fault because I was predicting big things for Captain America in this and they didn’t really come to pass.

The amount of characters also necessitates multiple protagonists, which is usually a recipe for disaster. A movie like this is an obvious exception because it’s a part of a franchise that’s been around for more than a decade, and we’ve gotten to know all of the characters well enough by now, and they all have a common goal. That last part is what ends up saving it. It would have been a hot mess had each of these characters had their own goal. But with the common goal of defeating Thanos, there was at least some clarity in the story line.

Overall, Avengers: Infinity War has almost everything you would want out of a modern movie going experience. It has all of the excitement, action and adventure that we’ve come to expect from the Marvel franchise, but it has something more that I didn’t expect. It has emotion. It makes you feel something more than you probably ever felt in one of these movies. That puts it over the top.